You are at:Home»Articles»Careful on the buses – from next week you won’t get your £1 back if you use an old coin 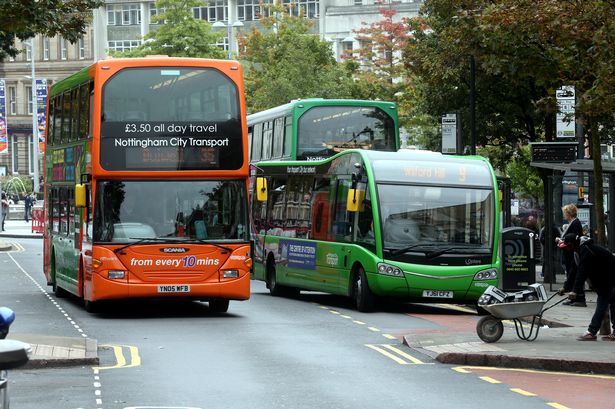 We’ve been warned for ages that we only have a few months, weeks, and now days to use our old £1 coins.

Following the introduction of the new 12-sided version at the end of March, both types of the coin have been in circulation for the past six months.

But the old coins will no longer be legal tender from Sunday (October 15).

It means that from Monday, October 16, shops will no longer be under obligation to accept the old coins.

The coins will still be allowed to be deposited into bank accounts – either business or personal – at most high street banks.

But what about buses, parking meters, and so on?

Below is our guide to what you need to know about what will happen to your old £1 coins if used in the following places, after October 15.

Nottingham City Transport says that if you use an old £1 coin in the slots on their buses it will not be refunded, and it will be lost.

Additional coins will have to be placed in the slot to pay for your fare.

“They will be rejected and left in the change and ticket dispensing area.”

The council told the Post: “Currently the machines in our multi story car parks and those on street are accepting both old and new £1. From October 16 onwards round pounds will no longer be accepted by the machines.”

Parking meters are overseen by the city council or, in the county area, by district and borough councils.

The city council position is outlined above.

Gedling Borough Council said: “The old coins will be rejected at the car parks if an old £1 coin is used.”

And Broxtowe Borough Council said: “In terms of parking meters, all of ours are being re-programmed not to accept the old £1 coin and we’ll be putting a sticker on the machine to inform people.

“If you put an old coin in, it will go straight through to the reject slot so they can retrieve it.”

Poundland will continue accepting the old £1 coins to provide a “useful community service” to shoppers. The store will keep accepting the coins until October 31.

A Tesco spokesperson said: “We’ve been updating our systems ready for the new pound coins, but to help customers who still have the old coins, we’ll continue to accept round pounds at our tills and self-service machines for an additional week.”

A Sainsbury’s spokesman said: “Customers can continue to use their old £1 coins in store until they are no longer legal tender.”

Leisure centres are either operated by city/district/borough councils, or by separate organisations.

At Gedling Borough Council, for example, only tokens are used for the lockers – so there will be no issues.