You are at:Home»Tech»BlackBerry Motion OFFICIAL: Priced €499 In Europe 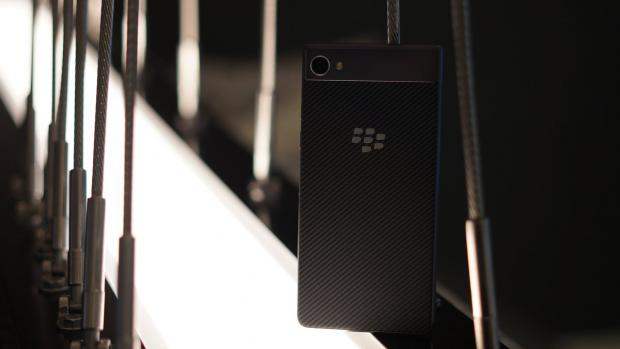 The latest BlackBerry Android phone has now arrived as the BlackBerry Motion. The handset is an touch-only smartphone without the firm’s old-school physical keyboard, but it packs an impressive 5.5in 1080p LCD display.

For the rest of the specs, you’re looking at a Qualcomm Snapdragon 625 processor, 4GB of RAM, 32GB of onboard storage, and a 4,000mAh battery cell. That particular combo might prick a few ears; sure, it’s not the most up-to-date or powerful chip, but it’s reasonably competent and, importantly, combined with that huge battery it should offer battery life for days.

The camera hardware is a 12MP f/2.0 aperture primary and an 8MP front-facing secondary. The whole phone is IP67 water and dust resistant, while Android 7.1 Nougat is onboard. As a new release we reckon an Oreo update probably isn’t far off, but officially BlackBerry is keeping quiet on that front.

That overall spec is decidely mid-range, which ordinarily we’d think was a smart move from BlackBerry to keep the cost down and make the phone appealing to enterprise customers. However, the RRP is on the steep side with a European price of €499 coming via a Dutch retailer – admittedly it is €100 cheaper than the KEYone was on launch, but still. BlackBerry is yet to reveal North American availability, if any.