Veteran striker Tim Cahill scored twice to beat ten-man Syria and send Australia into the World Cup play-offs. For the Syrians, despite taking an early lead, it was the end of their football fairytale. 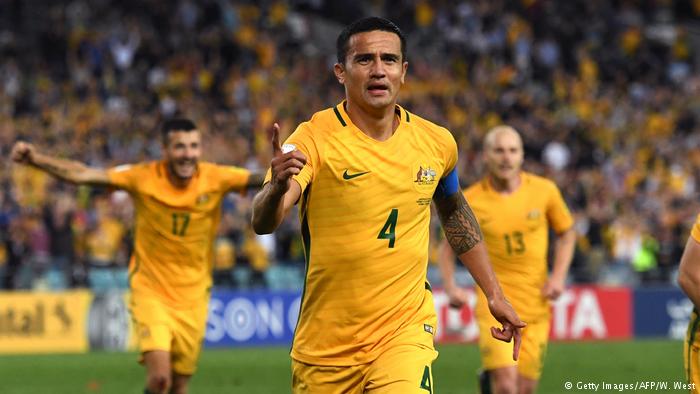 After rescuing a draw with a last-minute penalty in the first leg, Syria took an early lead in Sydney through Omar Al Somah to send to vociferous Syrian fans in the stadium into raptures.

But the lead only lasted for five minutes before veteran Australian striker Tim Cahill brought the Socceroos level. Latching onto a cross from Hertha Berlin’s Mathew Leckie, the 37-year-old planted his header into the bottom corner for his 49th international goal.

With their country still embroiled in a vicious civil war, Syria have been playing their “home” games in Malaysia. 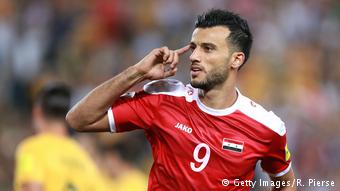 But huge crowds turned out in Damascus to watch the match on a big screen in Umayyad SquareDespite claims from some quarters that the country’s national team is being used as a propaganda tool for President Bashar al-Assad’s government.

In the face of increasing Australian pressure, Syria held on to take the game to extra-time but they were soon down to ten men after Mahmoud Al-Mawas was sent off for a second bookable offence.

Syria’s fairytale was almost revived when Al Somah crashed a last-minute free-kick against the post but it wasn’t to be and Australia progressed to the play-offs.