You are at:Home»Science»Artificial Genetic Circuit Helps Bacteria Build Up Material and Devices 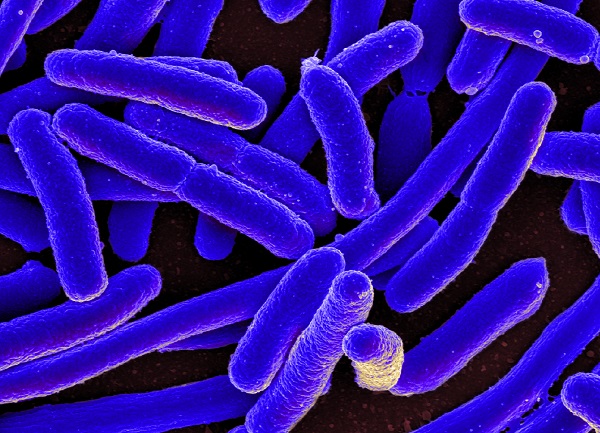 A team of scientists from Duke University managed to turn bacteria from malicious infecting organisms into useful creators of devices. By genetically altering some of their genes, they introduced a circuit in them disguised an artificial genetic sequence. This circuit then manages to turn the entire colony of bacteria into a functional device.

The synthetic circuit builds material over the bacteria

Although the additional circuit is synthetically generated, it can act as a biological component which makes the bacteria produce a certain type of protein. After this protein is produced uniformly across the entire colony, it can collect inorganic substances and use them in building a shield. In this case, researchers exposed the colony to some nanoparticles of gold.

When this happened, the bacteria equipped with the artificial circuit turned these nanoparticles into a shell which surrounded the entire colony. To change the shape or distribution of this shell, all the researchers had to do was to intervene genetically. The result was a bacterial colony turned into a functional device and, in this case, it was a pressure sensor.

The process of growth itself is independent from the researchers

This is not the first time when bacteria are turned into useful devices. However, there is a big difference between the previous processes and this one. During the old studies, researchers had complete control over the growth of materials from bacteria. Also, the growing took place only across two dimensions

This time, they only implanted the artificial circuit, and programmed it to use external substances to produce a material. Also, they offered these substances necessary for the growth, as bacteria couldn’t have accessed them otherwise. However, the process of developing the new material itself is entirely independent from the actions of the researchers. The bacteria have the freedom to grow the material wherever they feel like, everywhere across the three dimensions.

The study has been published in the journal Nature Biotechnology.Image Source: Wikimedia Commons