You are at:Home»Sports»Arsenal midfielder Jack Wilshere ‘fitter than ever’ ahead of Premier League campaign resumption

Arsenal midfielder Jack Wilshere believes he has never been fitter as he attempts to convince manager Arsene Wenger he is worthy of a Premier League return. The 25-year-old made a full recovery from a broken leg prior to the international break, playing the full 90 minutes in the Carabao Cup win over Doncaster Rovers and Europa League success at BATE Borisov.

It was in Belarus where Wilshere showed shades of the form that saw him regarded as one of England’s brightest young players when he first broke through at The Emirates. He produced a display that Wenger described as “outstanding” in a 4-2 win, which has sparked speculation over whether he will be awarded a new contract.

Wilshere, whose deal expires in the summer of 2018, has been set a deadline of December to convince Arsenal he is worthy of a new deal, which he can only justify with regular appearances and an injury-free spell in the team. And the former Bournemouth and Bolton loanee is hopeful that run can start when the Premier League resumes this weekend, with north Londoners travelling to Watford, having returned to the best physical shape of his career.

“I always hear the boss say it is my first five-metre burst, when I receive the ball and to get away from defenders and I feel that’s getting better and better each day,” he told Arsenal’s official website. “I feel like the way to improve that is in games when you’re playing against opposition that want to win and want to win the ball back and you have to be able to keep the ball.

“That’s coming back and my fitness levels, if I’m honest, are probably the best they’ve ever been. I look at my numbers after the game and I’ve been out for four months and I’m not the one who hasn’t run the most. Now don’t get me wrong, I don’t run the most, we’ve got a lot of players that do that, but my numbers are good so I’m happy.”

News regarding Wilshere’s return to full fitness comes amid concern that defender Shkodran Mustafi could be braced for an extended spell away from the Arsenal first team after limping out of Germany’s World Cup qualifying win over Azerbaijan. Manager Joachim Loew suspects he has suffered ligament damage, but there has yet to be any confirmation over the severity of the injury he sustained. 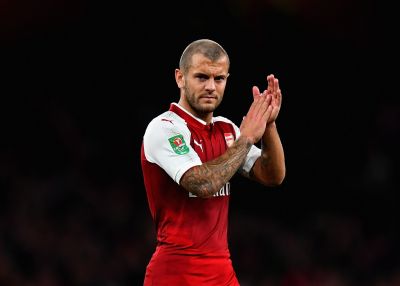