You are at:Home»Health»Anemia detection could be aided by portable blood analyzer 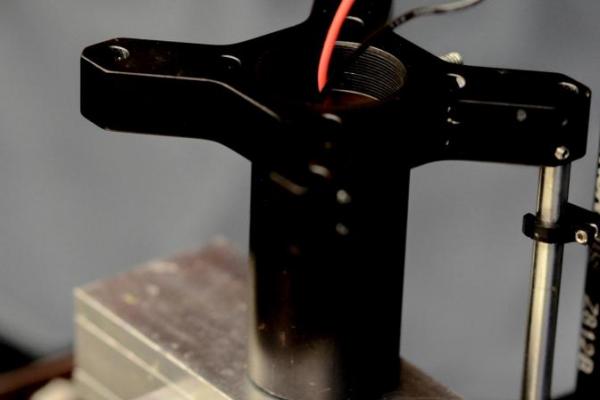 Oct. 3 — Researchers from the University of Washington hope to improve anemia detection with a new portable device that can detect hemoglobin levels.

The blood analyzer is smaller than a toaster and can detect the level of hemoglobin levels in whole blood samples using optical absorbance, potentially helping an estimated quarter of the world population that has anemia.

Hemoglobin is a protein found in red blood cells that transports oxygen throughout the body. People who have anemia have decreased hemoglobin concentration resulting in fatigue, dizziness, abnormal heart rate and shortness of breath.

A new study, published in the October edition of AIP Advances, shows how the device may provide a more viable and affordable way to analyze blood and ease the burden of anemia globally.

Blood analyzers currently measure hemogloblin by chemically rupturing the red blood cells in a sample, requiring hands-on expertise to prepare and run a sample. This process limits the ability to monitor anemia in several parts of the world.

“The most exciting aspect to this analyzer is that it uses whole blood and does not require the additional steps and reagents to prepare a sample,” Nathan Sniadecki, an associate professor in mechanical engineering at the University of Washington, said in a press release.

The device is portable and only requires a few drops of blood for analysis.

“You just run blood into the channel and that’s it,” said Nikita Taparia, a doctoral candidate in Snaidecki’s lab. “It can be used anywhere.”

The new analyzer uses the optical properties of blood, such as absorption and scattering to measure hemoglobin concentration. Blood from an anemic patient transmits more light compared to blood from a healthy person, so the severity of anemia can be measured as a ratio of transmitted to original light density.

“It has been really rewarding to be part of a project from start to finish that produced a device that will really help people,” Taparia said. “This analyzer is meant for people who have disease.”