You are at:Home»Health»Alternate Milk Can Stunt Your Child’s Growth

Have you been giving your child soy or almond milk to make him healthy? Well, according to recent research, children who drink alternatives to dairy milk, may grow to be shorter than their peers who drink cow’s milk. While a child’s growth depends on various factors like his diet, level of physical activity and external environment, cow’s milk is often considered a necessity as it an important source of fat and dietary protein.

What The Study Says

Conducted by researchers from St Michael’s Hospital in Toronto, Canada, the study found that for each cup of non-cow’s milk children drank per day, they were 0.4 centimeters shorter than the average for their age. Conversely, for each daily cup of cow’s milk they drank, children were 0.2 centimeters taller than average.

Additionally, it was discovered that three-year-olds who drank three cups of cow’s milk a day were on average 1.5cm taller than children given cow milk substitutes.

This means that parents choosing rice, almond or soy based alternatives often due to false marketing that these are healthier could be making their child’s growth stunted. In India, 76% of the soy product market is dominated by sales of soy milk.

The research, published in American Journal of Clinical Nutrition was based on more than 5000 children between the ages of two and six. Of those studied, 92 per cent drank cow’s milk every day, and 13 per cent had non-cow’s milk.

Apart from the high protein content in cow’s milk, another way it helps in boosting a child’s development is through bone growth. Milk is the best source of calcium. And this calcium gives our bones strength, allowing people to perform physical activity better.

Most alternative milks differ in their nutrient content. Since production is not effectively regulated by food boards, one pack of soy, almond or rice milk may have considerably lesser amount of nutrition than regular milk.

While differences in the two kinds of milk have not been established at a molecular level, some researchers have hypothesized that cow’s milk naturally has milk proteins and insulin-like growth factors, absent in the alternative milk, that give children an edge in their “linear growth.”

According to Dr. Jonathon Macguire, a pediatrician at St. Michael’s Hospital in Toronto and lead author of the study, “If you’re an adult, that probably doesn’t matter that much. But if you’re a three-year-old, it may matter a lot in terms of growth.”

Certainly a matter of serious thought, the study’s findings point to the mistaken belief that alternative milk is a healthier option than regular milk. However, there exist some shortcoming to the research that can mean that this is not complete story.

First, the study is observational and cannot prove that drinking one type of milk over the other causes an increase or decrease in a child’s height.

Second, while the researchers took a number of potential other factors into account, including age, sex, body mass index (BMI), maternal ethnicity, income, and the mother’s height, they did not ask about the specific type of cow’s milk alternative, or about the child’s overall diet.

This means that height differences may be originating in part in some children due to a particular form of diet. Abundant studies around the world do show the preference of a vegetarian diet or inclusion of fish or eggs in diet to in improve a child’s growth and height.

“Both of these are big gaps in the research”, says Erin Corrigan, a registered dietitian at Nicklaus Children’s Hospital, in Miami.

Another unfortunate shortcoming because of the presence of unaccounted factors in the study is that it is unknown whether some children are simply consuming alternative milk because their bodies cannot accept the regular ones.

Even in the presence of some confusions, it would definitely be a safer option for parents to choose natural cow’s milk over other substitutes that can be fraudulent. 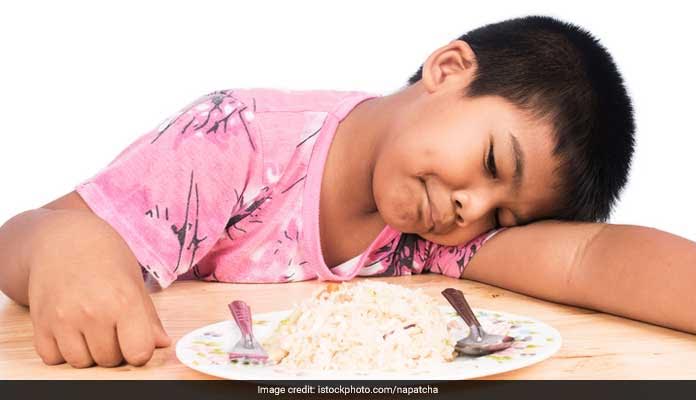 WHO reported an increase in the number of suspected cholera cases to 101,820.Photo Credit: iStock

this article on children who are fussy eaters.