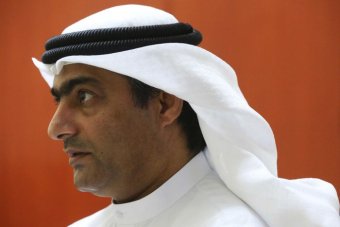 Amid the glitz and glamour of the UAE is the forgotten story of a man called Ahmed Mansoor and what happened to him when he dared speak out.

French President Emmanuel Macron was the guest of honour this week as the UAE’s rulers opened an Abu Dhabi outlet of the famous Louvre Museum in the UAE, a project that has been 10 years in the making at a cost more than $1 billion.

“This museum is a gift from the UAE world,” Abu Dhabi Tourism Authority chairman Mohamed Khalifa Al Mubarak told reporters at the opening of the museum.

However, acceptance and tolerance are not common under the regime of Sheikh Mohammed Bin Rashid Al Maktoum, Prime Minister of the United Arab Emirates and Ruler of Dubai.

Since March, the country’s last remaining human rights defender, 47-year-old Ahmed Mansoor, has been in jail with very little access to the outside world.

“We believe Ahmed Mansoor was targeted because of his views that were shared on his social media accounts,” explains Samah Hadid, the Middle East campaign director at Amnesty International. 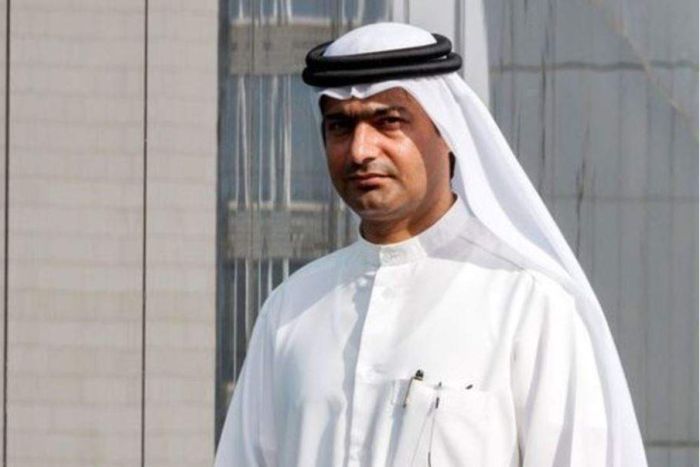 The human rights NGO said Mr Mansoor faced years of repeated intimidation, harassment, physical assault and death threats from the UAE authorities or their supporters, due to his human rights advocacy.

Amnesty feared Mr Mansoor was being held in solitary confinement and was at risk of torture.

“Counter to the glitz and glamour of this image of the UAE, we’ve see freedom of speech, freedom of association, really being attacked across the board,” Ms Hadid said.

“Civil and political rights are not respected. While people might see it as this ‘free society’, it’s definitely not the case.”

In the early hours of March 20 this year, uniformed security officials stormed Ahmed Mansoor’s apartment in Ajman, not far from Dubai’s international airport.

In front of his four children, they arrested Mr Mansoor. He has barely been seen since.

Emirates Centre 4HR: “We wish Ahmed Mansoor will be reunited with his family. He has spent more than 7 months in UAE prison”

“An extensive search was conducted in his home and the security officers took away all the family’s electronic devices,” said Ahmed Benchemsi, the Middle East Advocacy Director for Human Rights Watch.

The UAE’s official news agency has reported Mr Mansoor was arrested for “cybercrimes” and accused of using social media websites to “publish false information that harm national unity and damage the country’s reputation”.

Mr Benchemsi said it had been incredibly difficult to get any information on Mr Mansoor’s conditions and what exactly he was accused of.

“We have literally no one on the ground who can share such information with us. Ahmad was literally the last person sharing this sort of information. So unfortunately we know very little about his situation,” the Human Rights Watch worker explained.

“It speaks for itself that in such a country as the UAE there was only one person who was an interlocutor for human rights organisations and now that person is in jail, no one can report on his conditions. It’s very much an absolute monarchy.

Mr Benchemsi said it was not clear if Mr Mansoor had access to a lawyer since his arrest.

“Lawyers that take up cases related to state security, which is the kind of case that Ahmad is involved in, have been harassed, threatened and had pressure exerted on them,” he said.

“This means that Ahmad’s access to a lawyer is constrained by the fact that lawyers could very well be afraid of taking up his case.”

Human Rights Watch is calling on Western governments to pressure UAE authorities to free Mr Mansoor and to improve human rights in the UAE.

“We are calling on the Australian government and any government that has any dealings with the UAE government to raise awareness about the fact that this is an impeccable human rights defender who is in jail for no reason other than that he spoke freely,” Mr Benchemsi said.

Drewery Dyke tweet: “The #UAE lauds #FreedomofExpression in terms of #LouvreAbuDhabi but when it comes to #HumanRights activists, it brooks no dissent, really. Failure of administration of justice in case of @Ahmed_Mansoor shows empty shell of #UAE “justice” & its true face in regard to expression.”

Drewery Dyke, a long time researcher of human rights in the Gulf and spokesperson for the UK based Rights Realisation Centre, said the fear was that the UAE set out to break Mr Mansoor.

And perhaps it already has.

“He had lost a considerable amount of weight to the extent that he was looking gaunt, quite gaunt, that he was in a disorientated confused state. Repeatedly expressing his regret about the situation and seeking an end to it.”

The UAE authorities did not respond to ABC’s request for comment on the case of Mr Mansoor.

The ABC asked the office of Foreign Minister Julie Bishop if she or the Australian embassy in Abu Dhabi had raised Mr Mansoor’s case with UAE authorities.

A spokesperson for the Department of Foreign Affairs and trade in Canberra declined to comment on whether the case had been raised but in a statement told the ABC: “We are aware of Ahmed Mansoor’s detention and the Australian Embassy in Abu Dhabi continues to monitor developments in his case.”