You are at:Home»U.S»After Hurricane Katrina, Many People Found New Strength 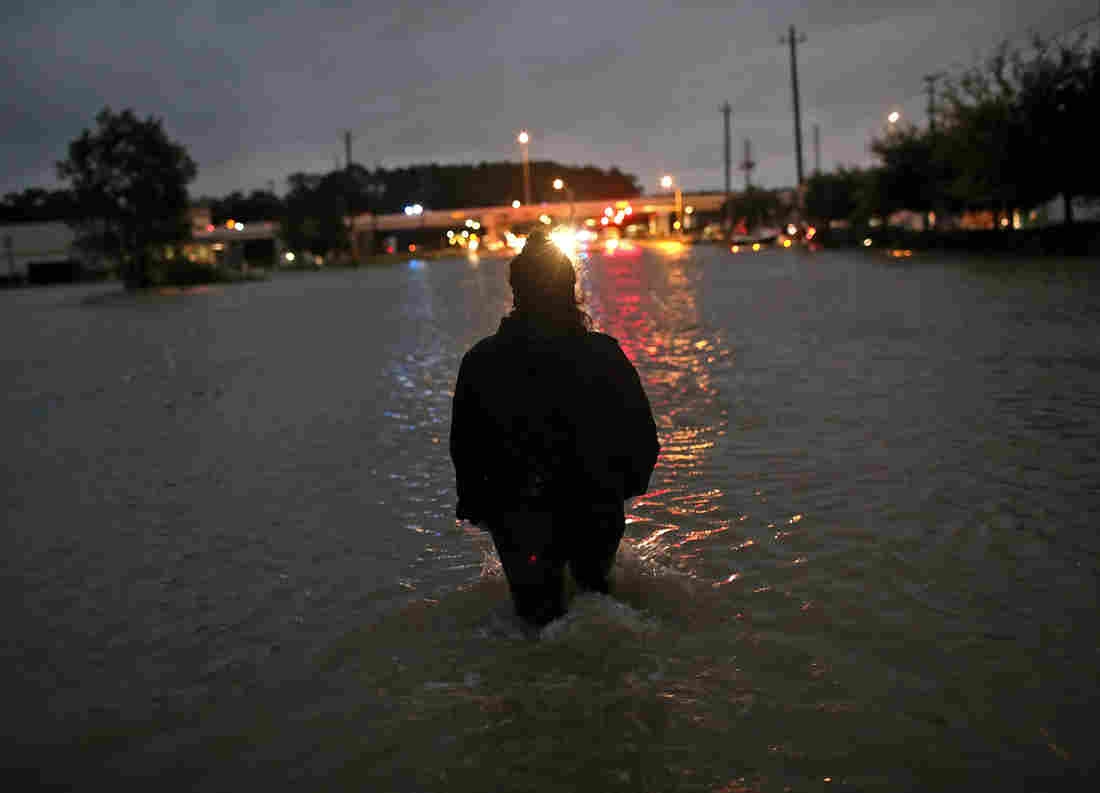 A Houston resident walks through waist-deep water while evacuating her home after severe flooding following Hurricane Harvey in north Houston.

A Houston resident walks through waist-deep water while evacuating her home after severe flooding following Hurricane Harvey in north Houston.

Long after the floodwaters recede and the debris is cleared, the mental health impacts of disasters like hurricanes can linger.

Psychologist Jean Rhodes of the University of Massachusetts-Boston has spent more than a decade studying what happens to people years after a natural disaster — in this case, Hurricane Katrina.

She and her team had been studying the health of young parents attending community college in New Orleans starting in 2003. After Katrina hit in 2005, they found themselves with a unique opportunity: they had health data from before and after the natural disaster. The researchers were able to measure Katrina’s mental health impacts in a project called the Resilience in Survivors of Katrina Project (RISK).

Most people fare well in the long term, they found, but some are still struggling years later.

Ailsa Chang, guest host of All Things Considered, spoke with Rhodes about the project and what lesson those people’s experiences may hold for people dealing with Hurricane Harvey and Hurricane Irma. Excerpts of the interview follow, edited for length and clarity.

How did going through a major disaster like Katrina affect people’s mental health long term?

Well, here’s some good news. About 60 percent — more than 60 percent if you look at their mental health over time — have returned to where they were prior to the storm. We often hear that there are these long-term consequences. There are, for about 20 percent, we see actually their anxiety and depression went up, and it stayed up. For some there was actually an improvement, they’re actually doing better than before.

Yes, so there’s two ways in which they are doing better. Their psychological functioning, about 3 to 5 percent were doing better on indices of anxiety and depression. There’s also this other interesting unexpected finding. That’s something called post traumatic growth; this is really the flip side of post-traumatic stress. They often go hand in hand.

Stress can often precipitate changes in our perspective about life. We begin to appreciate life more and feel a personal sense of strength of having endured the trauma. We see new possibilities. We begin to value relationships over things. And really have a spiritual awakening that psychologists have begun to appreciate comes often hand in hand with post-traumatic stress.

In aftermath of Katrina, some people in the study got access to mental health care for the first time in their lives — that turned out to be crucial for them. Since then, have you see a greater push to get mental health services out to people faster after a natural disaster?

Yes, I’ve seen a much broader, more integrated mental health response to the survivors of Harvey and Irma in ways that I think are going to have long term consequences.

One of the things that we know about exposure to natural disasters is that there’s kind of this critical period where if you’re not exposed to additional stressors and you can begin to process and make sense of what happened, you can begin to heal. It’s almost like a concussion — if you are continuously hit with new stressors after the initial stressor, it makes it much harder to heal.

I think that the responses in Houston and Florida have been much quicker and have really tried to minimize additional stressors that will have long-term implications for survivors’ mental health.

You say pets were a surprisingly big factor. Why is that?

One thing that was different from Katrina is that there was a lot less pet loss. Shelters were much more open to including pets, and people weren’t put in this forced choice between staying with their pets versus evacuating. Because of that, there was less exposure and less trauma.

Five years out of Hurricane Katrina, we saw that the loss of a pet was one of the three biggest predictors of depression and anxiety. Because we didn’t have as much separation between pets and their owners, we probably will be seeing less of that particular stress.