You are at:Home»Sports»A Christmas miracle! Richard Scudamore confirms no 4pm kick-off on December 24 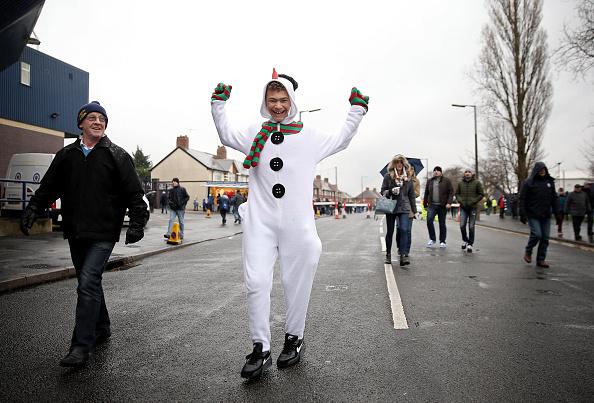 Premier League chief executive Richard Scudamore has confirmed there will be no 4pm kick-off on Christmas Eve.

Members from 20 fan groups and representatives from the Football Supporters’ Federation met with Scudamore on Tuesday morning and received the pledge.

However, it is understood that he has not ruled out earlier kick-offs on that day with Sky Sports still considering the controversial plan of moving Arsenal v Liverpool – plus potentially one other match – from Saturday December 23 to the following day.

There has not been a fixture on Christmas Eve for 22 years and the logistics of such scheduling immediately led to opposition from both Liverpool, Arsenal and supporters’ groups concerned about the impact such a move would have in terms of travel and staffing implications.

“At today’s PL/FSF Fans Group meeting Richard Scudamore commits to no 4pm KO or later on Christmas Eve. Fans from all clubs represented.

“December PL TV picks will be announced 19 Oct but Xmas Eve games & beyond take another week to confirm. 6 [sic]week notice period to meet.

“The Premier League today met club supporters’ groups as part of its commitment to regular dialogue with fans,” said a statement.

“At the meeting, the subject of Christmas fixtures was discussed. Premier League executive chairman Richard Scudamore clarified that the December selections for live UK broadcast will be confirmed on 19 October, with the possibility the selection of New Year fixtures will take a further week to confirm.

“Richard also made clear there will not be a match at 4pm (or later) on Christmas Eve but was unable to comment regarding earlier kick-off times on that date as discussions between the Premier League and the clubs are ongoing.”