You are at:Home»Tech»2018 Dacia Duster GT Rendering Deserves 200 HP
Renault will never say why it won’t make a fast Dacia model, but we think we know. All these affordable cars are knowingly built with mechanical “quirks” which you wouldn’t like to have on something that costs €25,000 or so.

2 photos
However, the brand is slowly but surely going upmarket. What started out as a company that makes cheap cars in Romania is now offering twin-clutch gearboxes, reversing cameras and heated seats.

The Duster just happens to be the best-selling car from the biggest carmaker in the world. In a way, it’s like a Golf or Corolla, and the 2018 model highlights a continuing upmarket direction. It’s only the second generation, and already they’re talking trash about the competition.

After the Frankfurt debut of the new Duster, we naturally got a couple of renderings. X-Tomi dusted off his skills to give us a 3-door crossover and a Duster GT.

You know the drill already; the 3-door isn’t going to happen because nobody makes a car like that anymore. People just want the maximum practicality even if they just drive to work by themselves every day. But is the GT model a different story?

Well, we kind of love the Megane GT. It’s got a Renault-built all-wheel steering system, a much better gearbox and two engines with just about enough power. Some of the other GT projects were duds, like the 120 HP Clio GT, so we think power is still the key to making a cool Duster.

200 HP sounds like the perfect number, considering we’re dealing with a pretty large crossover. We actually wouldn’t mind if power just went to the front wheels, but the gearbox is a problem. Not many fast crossover buyers want a manual, and the wet-clutch auto in the Megane is pretty expensive.

Anyway, we don’t have any of that in the Duster yet, so perhaps we should just appreciate the rendering. Big wheels, black trim, and a sporty F1-style bumper make it look like a Renault Sport product. And is it too much to ask for a loud exhaust? 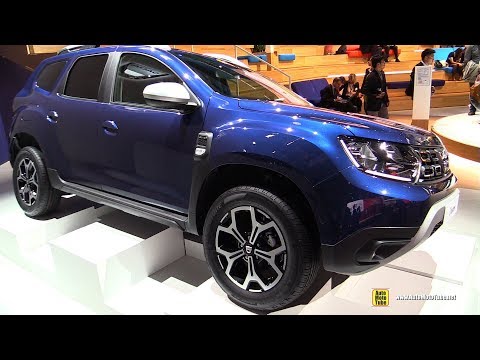